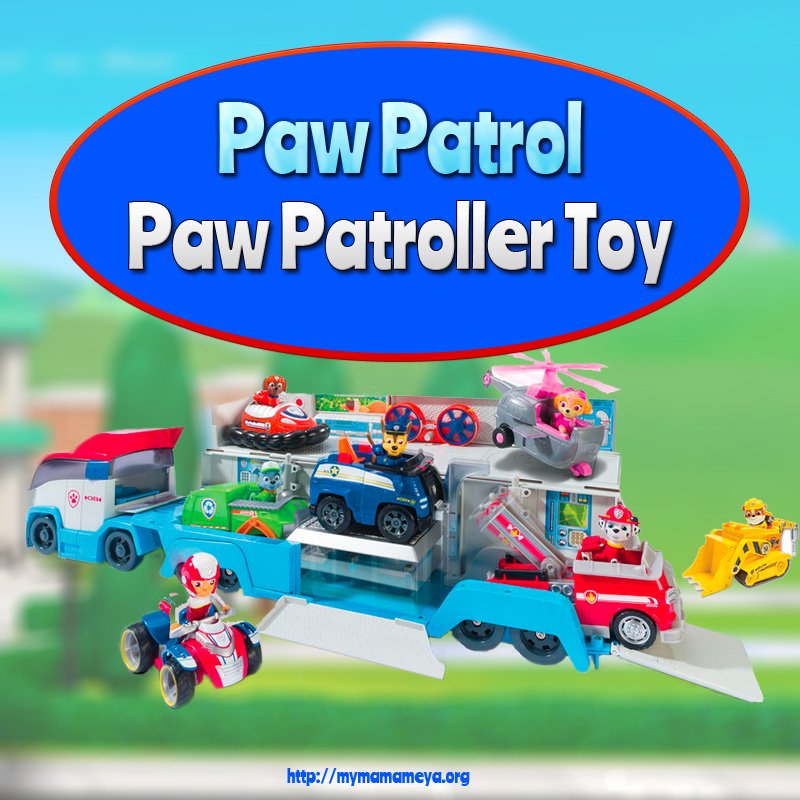 Are you looking for a perfect gift for your Paw Patrol fan? Well, you can be sure that your special little Paw Patrol fan is going to absolutely LOVE this BIG Paw Patrol Paw Patroller Vehicle.

In a Hurry ? =>> See the Paw Patrol Paw Patroller HERE!


On this page I’ll be showing you the Popular Paw Patroller Transport Vehiclealong with a description and all the specific details of what is included with Paw Patrol Paw Patroller Toy.

We have a house full of Paw Patrol fans and when it comes to the BIG List of MOST WANTED TOYS the Paw Patrol Paw Patroller Toy is a MUST HAVE!

We already have quite a few of the other Paw Patrol toys but we don’t have the Paw Patrol Paw Patroller Toy yet.

However, we have a birthday coming up really soon and we have been looking at this Paw Patrol Paw Patroller Toy really closely and I know for a fact that the first impression when he tears open his present is going to be WOW!

It’s BIG and Impressive and what else can I say it’s Paw Patrol – what’s not to like about it.

If you are on the fence or thinking about whether you should buy the Paw Patrol Paw Patroller  or not, maybe some of our research will save you some time and help you decide if this is the right toy to buy.

NOTE: Some images on this page are “clickable”. If you see something that interests you, please feel free to click the picture to get more info, read reviews, and check pricing. 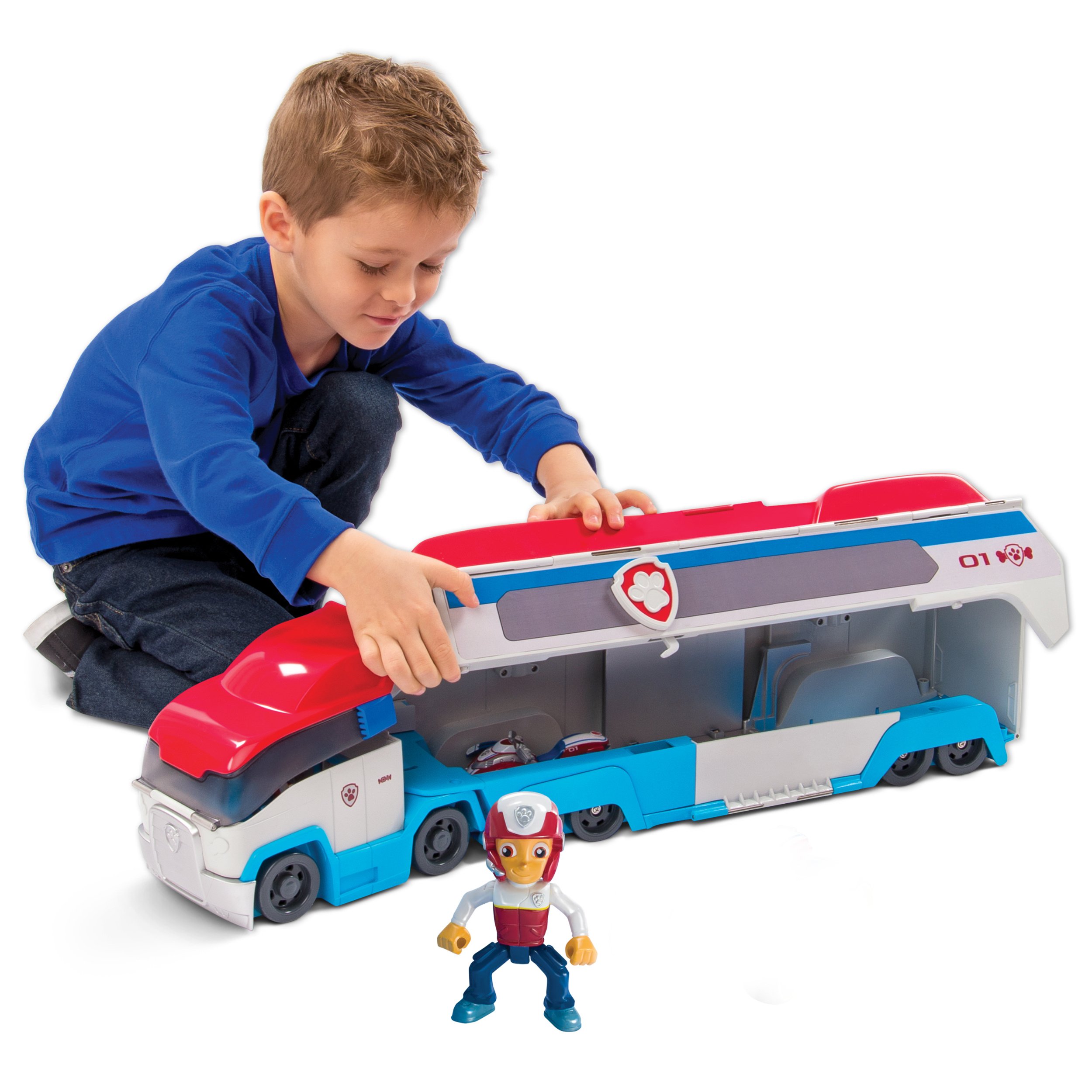 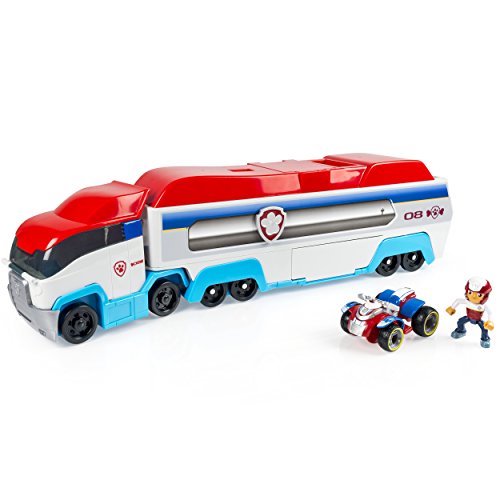 You can also find the Paw Patrol Paw Patroller vehicle at Walmart and Target that’s if they have them in stock.

Paw Patrol Paw Patroller Toy is pretty darn popular so your local stores might run out of them pretty fast especially close to the holiday season if that is when you are planning on buying it.

The Paw Patroller is the ultimate rescue vehicle and can carry three Paw Patrol vehicles inside, however, when opened up it can display six vehicles.

Paw Patroller comes with Ryder and his ATV. So, if you don’t already have Ryder this is a real bonus.

The Paw Patroller is really BIG and measures approximately 26 inches long, 5.5 inches wide and 7.5 inches high at the top.

The Paw Patroller Even Comes With Ryder and His ATV

The Paw Patrol Paw Patroller Toy is the transport for Paw Patrol and it even comes with Ryder and his ATV. 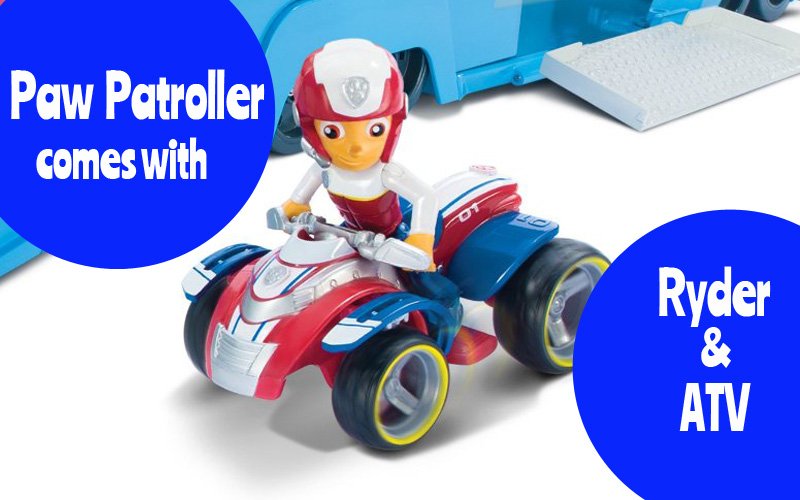 There are loads of cool things this Big Rig!

Ryder can zoom up to the Paw Patrol transport get on the elevator and he’s now on the second level where he can park his ATV and push the red button and hear lots of Big Rig transport sounds. 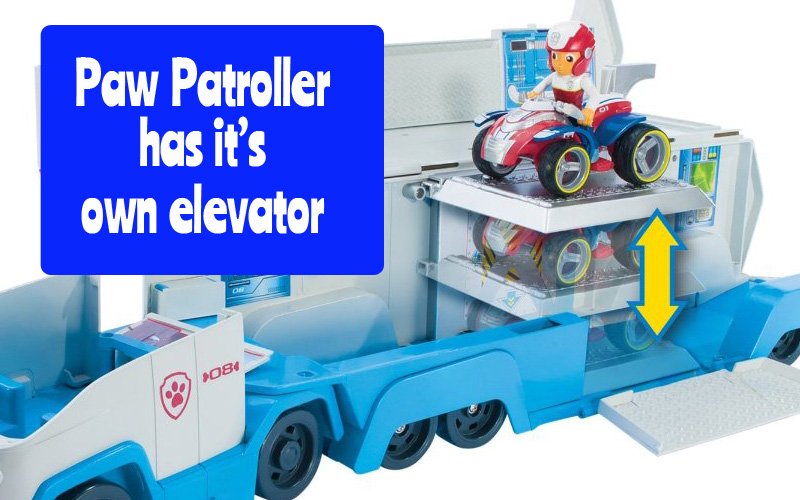 The Paw Patroller vehicle is red, white and blue and makes several big freight truck sounds when you push a button. Perfect for re-enacting rescue missions. 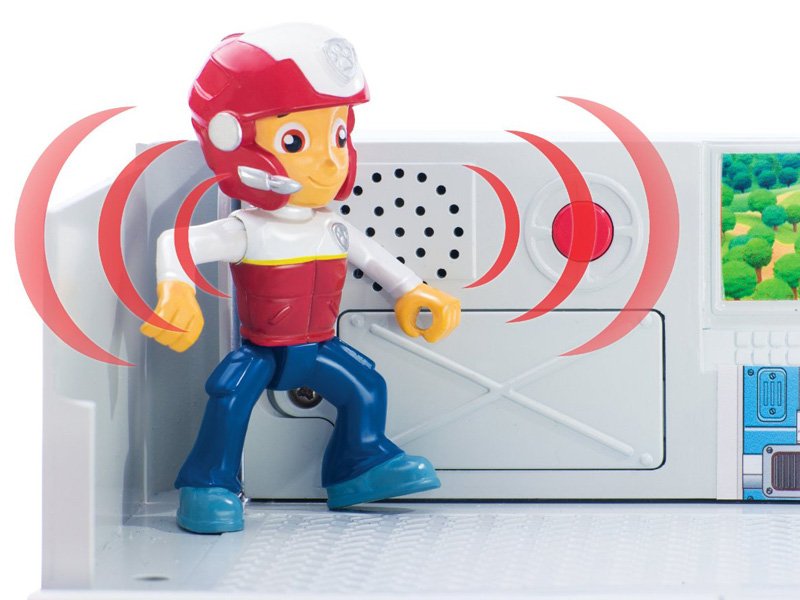 Room For The Paw Patrol Crew 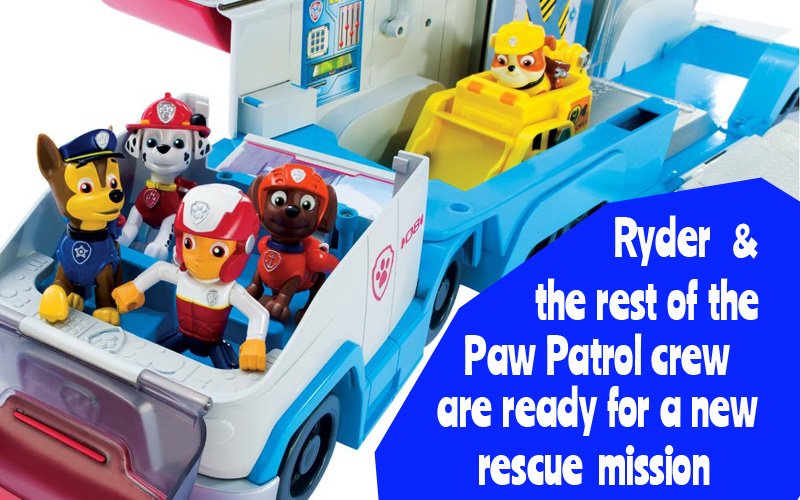 The Paw Patrol pups can all ride up front! The roof of the Paw Patroller cab opens so that four pups can sit in the Big Rig cab and they are all set to take off on a brand new rescue adventure. 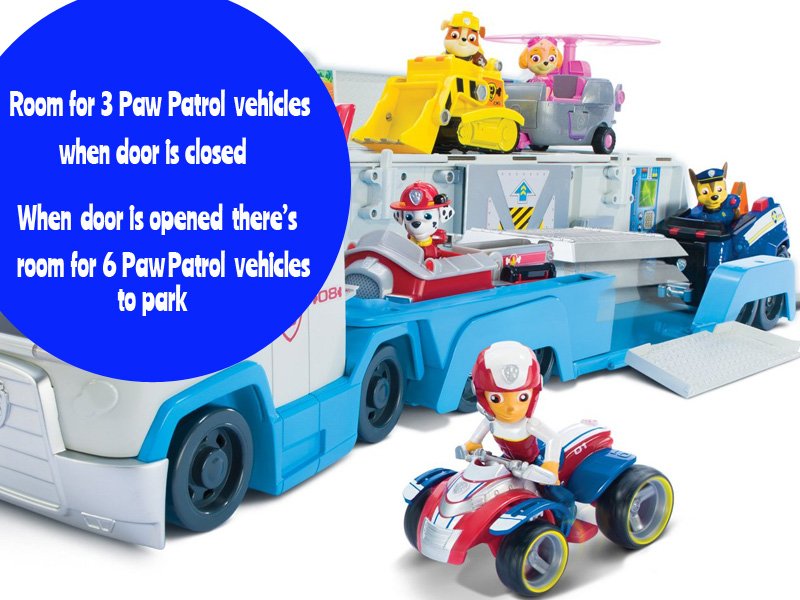 The Paw Patrol Paw Patroller Transport holds up to three Paw Patrol vehicles inside. All you have to do is drive them in and close the door and you are ready to set out on a brand new rescue mission!

If your Paw Patroller door is opened you’ll be able to park three more vehicles in it but you won’t be able to close the door.

NOTE: You only get the one Paw Patrol figure with his ATV vehicle, if you you don’t already have all the Paw Patrol pals and their vehicles you’ll need to purchase them separately.

By what you see on the box you might expect that all the pup figures and their vehicles would be included in the set but unfortunately they aren’t  included. It pays to read the description carefully and know what’s included in the package.

For anyone who has little fans of Nickelodeon’s Paw Patrol TV series, this is a gift with the BIG “WOW” factor.

Little kids will love reenacting Ryder and the Pups’ rescue adventures along with dreaming up fabulous new rescue missions.

If you’re looking for a way to build around the themes of teamwork and citizenship from watching Paw Patrol than buying the Paw Patrol Paw Patroller toy will give your child hours of fun and imaginative play.

If your kids aren’t already fans of the show, turn it on and buy them the new Paw Patroller today!

We have decided that this would be the perfect gift for our little Paw Patrol fan! 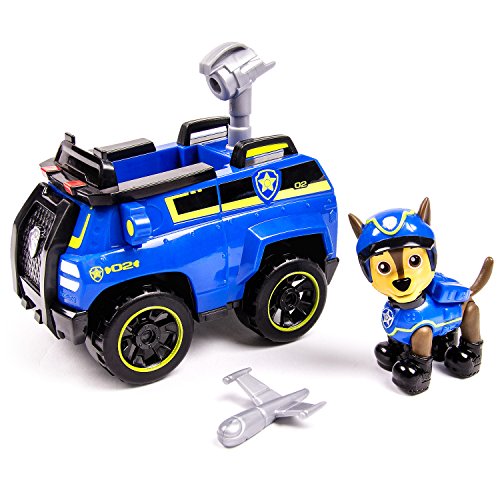 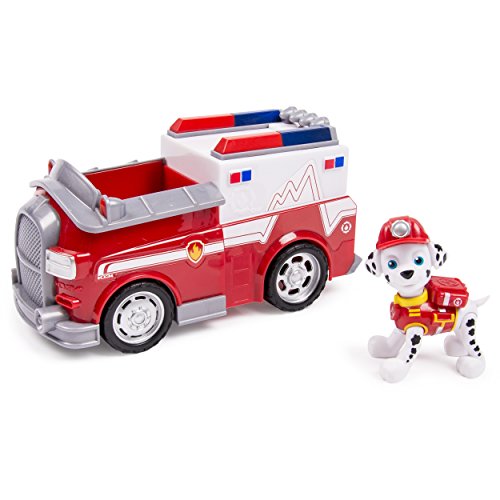 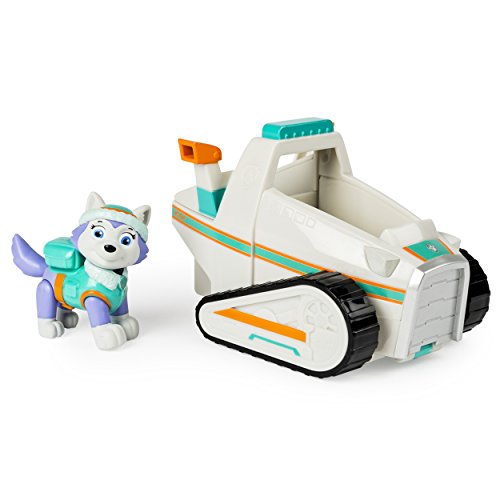 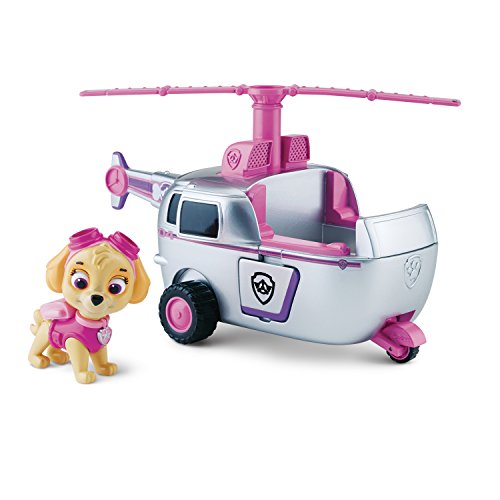 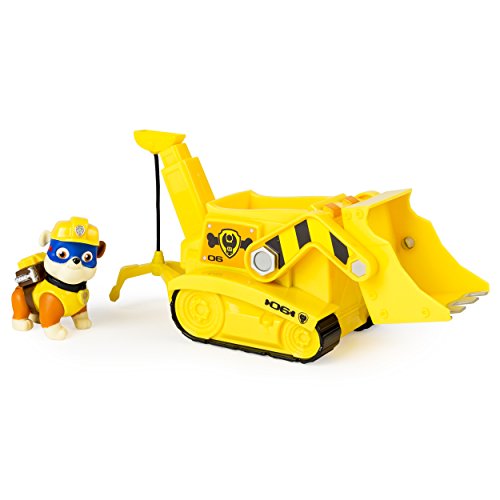 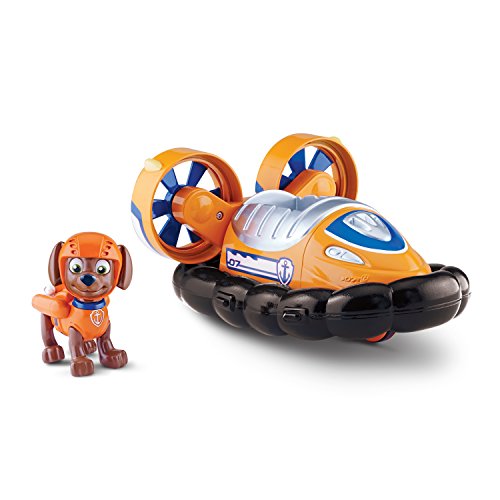 If you are looking for more ideas for Paw Patrol Gifts for your kids be sure to check out the links below: