PAW Patrol Live! Will you be joining in all the fun at the NEW Stage Show “Race to the Rescue”, debut Oct.29,2016? 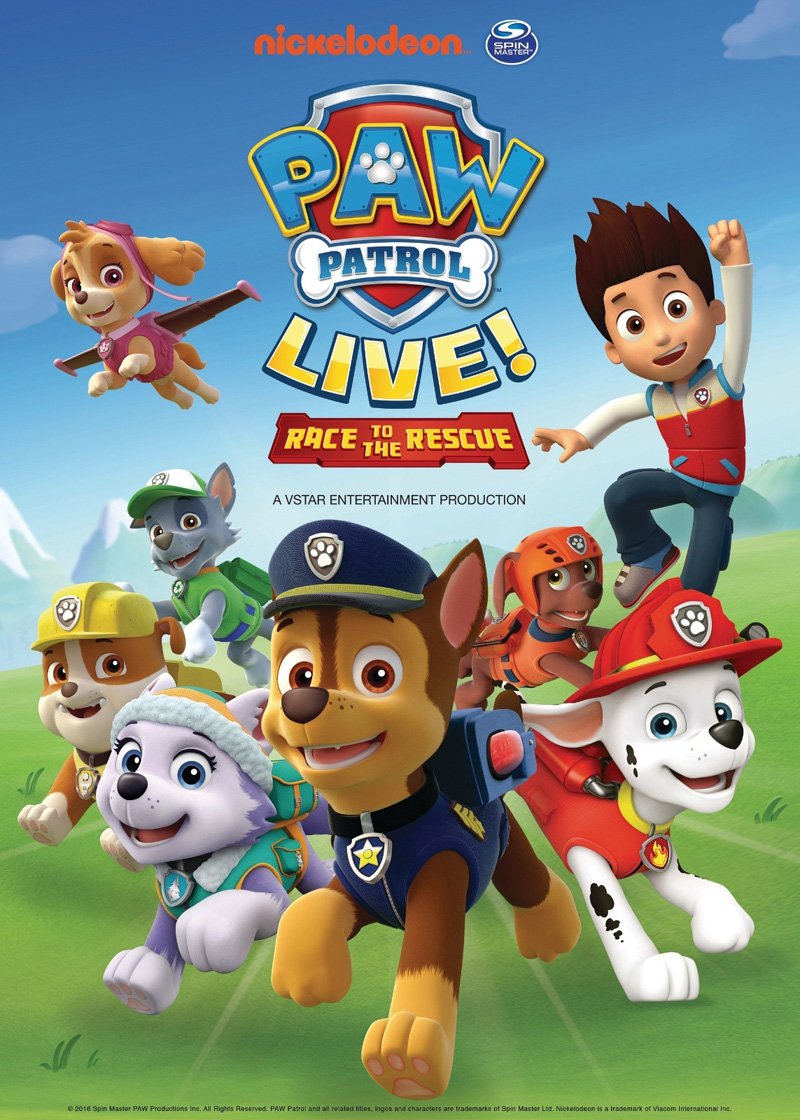 PAW Patrol Live is going on tour and it sounds like it will be loads of fun for PAW Patrol fans! Tickets for the general public are available to be purchased online as of Friday, May 20,2016 at www.pawpatrollive.com.

They will be on stage in 90 cities across the USA, Canada and Mexico.

Their tour is scheduled to kick off in Evansville, IN on Oct. 29 and from there the tour will continue nationwide.

If you are wondering if your city is on the tour list you can find out what cities they will be performing at and the dates HERE.

“Chase and the pack of the show’s beloved characters will take audiences along on their heroic adventures, challenging their imaginations and senses while teaching the importance of teamwork.”

Wondering What the PAW Patrol Live Is All About?

PAW Patrol Live! “Race to the Rescue” is an action packed, high-energy adventure featuring up-tempo show music that is set around the day of the Great Race between Adventure Bay’s Mayor Goodway and Foggy Bottom’s Mayor Humdinger, but with the race about to begin, Mayor Goodway is nowhere to be found.

Ryder summons Marshall, Chase, Skye, Rubble, Rocky, Zuma, and the newest pup, Everest, to rescue Mayor Goodway and to run the race in her place.

What to Expect at PAW Patrol Live?

Most of all, it visually transports families to popular locations from the TV series like:

Once guests enter the theater, they will have the opportunity to participate in the adventure and become a part of the PAW Patrol Cheer Team.

The show, which includes two acts and an intermission, incorporates an innovative costume approach.

Since, this helps bring the pups to life on stage.

Along with their vehicles and packs during the all important rescue mission.

Are wondering if you’ll be able to buy souvenirs?

Apparently, their will be concession stands at each live show that will offer plush characters, light up toys, and branded keepsake items.

Your child can enjoy these keepsakes as a remembrance long after the show is over.

Prices for the souvenirs are said to range from $5 all the way to $40.

I have a couple of little PAW Patrol fans in my house.

We’re just waiting to see if and when PAW Patrol Live will be close to us.

So, if you are planning on attending Have Fun!

Sing along, dance, clap, and join in with the audience.

Most of all, this is a fantastic way to introduce your little one’s to their first theatrical experience.

Finally, I think it will be an exciting experience.

Because, it takes the children out of the online computer or TV experience and takes into a story happening live in front of them.

How awesome is that?