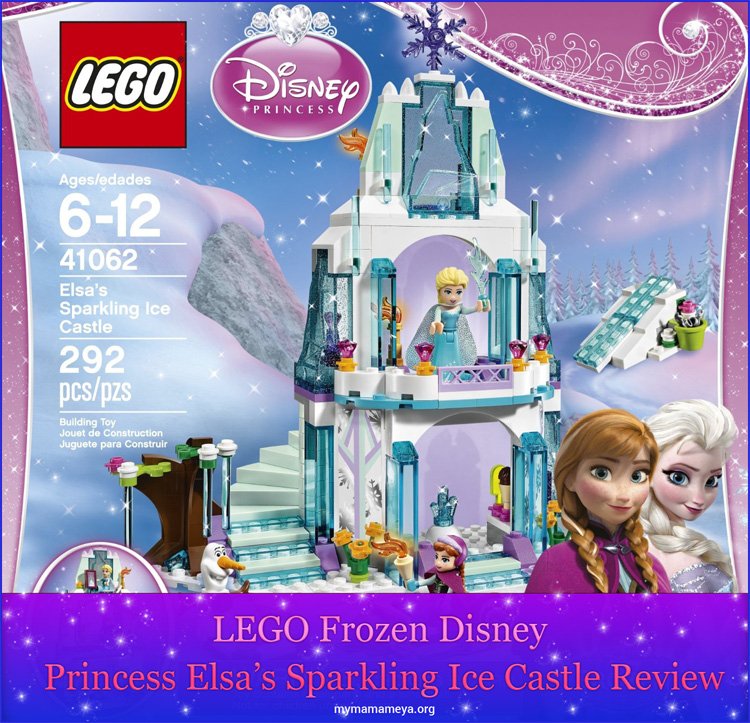 Do you have a Disney Frozen fan in your family? If so, than the LEGO Frozen Castle would make an ideal gift. My granddaughter just watched the Frozen movie last night and this must be the tenth time that she has watched it. She is only six years old and has practically memorized the whole movie. She not only has the movie, the book, she also wants everything and anything that is associated with the Disney Frozen movie.

Her brother loves LEGO and we’ve been trying to introduce her to LEGO sets that would appeal to her. So we went ahead and started looking at LEGO sets that she might enjoy as her older brother gets really upset if she even comes close to his lego.

After seeing this LEGO Frozen set and knowing that their must be a lot of other parents and grandparents looking at LEGO as gifts for the girls in their family, I thought I’d do a review of the Lego Frozen Disney Princess Elsa’s Ice Castle.

Can you believe that Disney’s blockbuster animated film Frozen is the fifty-third movie released from the Animation Studios of Walt Disney. This simple movie that is based on the fairy tale “The Snow Queen” by Hans Christian Anderson has become the absolute highest grossing animated movie of all times.

What is even more amazing is the fact Disney’s Frozen movie as of January 2015 holds the place of the fifth highest grossing film of all time and if you think that is impressive, it also holds the rank of being Japan’s third largest moneymaker that has ever been released.

So, it’s no wonder that LEGO and Disney entered a partnership to release Frozen LEGO Sets starting with Princess Elsa’s Sparkling Ice Castle. Let’s find out a little more about this NEW Frozen LEGO set. 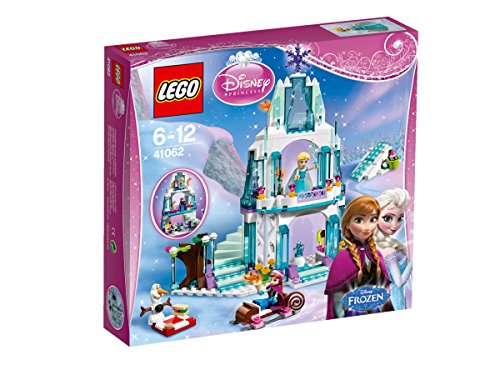 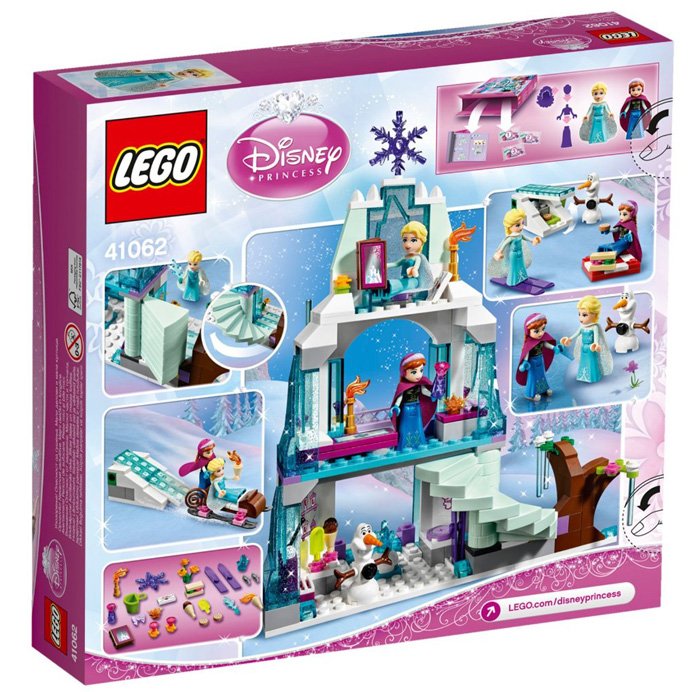 Millions upon millions of little girls world wide became totally captivated the two new princesses that were introduced the Disney Frozen movie. In the movie, Princess Elsa has the powers to make and manipulate snow and frost.

After an fight with Anna her sister, Princess Elsa’s hidden powers emerge, and the kingdom of Arendelle is placed into an eternal winter because of Elsa’s hidden abilities. The two sisters finally reunite, leaving us with the message that love conquers all.

Princess Elsa’s ice castle played a very important part within the Disney Frozen film. This LEGO Frozen play set reproduces that environment, and comes complete with a frozen bed and an ice cream bar. With almost 300 pieces, the LEGO Frozen Disney Princess Elsa’s Sparkling Ice Castle is a detailed build, and would be best for children six years of age and older.

First of all this Frozen LEGO set is simply adorable and quite detailed. Princess Elsa comes complete with her own tiara and two adorable little capes, a pretty hair bow and a cute little carrot nose for Olaf. 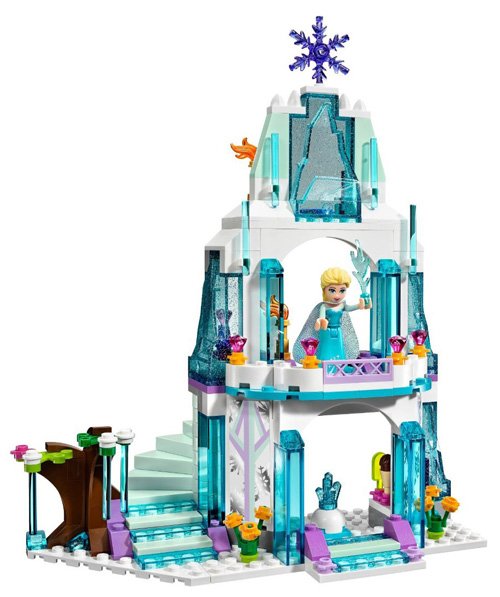 The pieces that make up the Sparkling Ice Castle are unlike other LEGO Friend Sets and are quite unique which makes them a bit easier to keep track of.

While girls and boys alike enjoyed the Disney Frozen movie and with its cast of wonderful quirky characters, this LEGO Frozen play set is probably better a for little girls.

Your own little princess can recreate her favorite parts of the story with this attractive Frozen LEGO play set. Or she can even create her very own adventures in the sparkling ice castle, that measures almost ten inches tall,seven inches wide and four inches deep.

The sleigh that transports Princesses Elsa and Anna around the kingdom of Arendelle measures one inch wide by one inch high and over two inches long. Included in this set are the Anna and Elsa characters and Olaf the very lovable snowman. There is a lot of playability in this LEGO Frozen set, but unfortunately they didn’t include Kristoff and Sven. 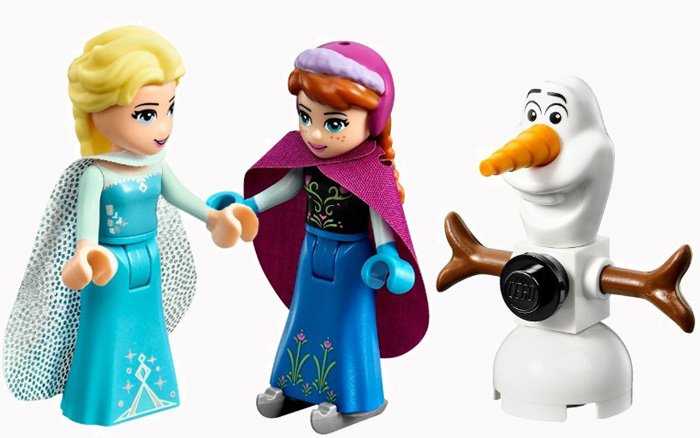 Aside from little girls who dream of being princesses, this Disney Frozen LEGO play set would also appeal to fans and collectors of LEGO and Disney memorabilia. It’s really surprising that everything from Disney’s Frozen movie is still as really hot as ever, even though it’s a few years since the film was released.

That being said will definitely make the LEGO Frozen Disney Princess Elsa’s Sparkling Ice Castle and any other future compatible LEGO Frozen play sets are really popular choices for all the fans of this blockbuster movie.

All in all if you are looking for that special gift for little Disney Frozen fan you won’t go wrong with theLego Frozen Disney Princess Elsa’s Sparkling Ice Castle.